Accomplishments as a handler:

Accomplishments as a breeder:

Accomplishments as a judge:

Accomplishments as a Dog Sport Executive: 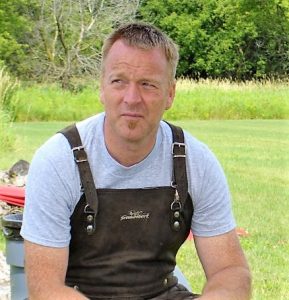 Training dogs since 1985, mostly working dogs. Professionally since 2003.
Competed with several dogs and breeds at a national and international level.

Commissions of trust within the Norwegian Kennel Club and other clubs. 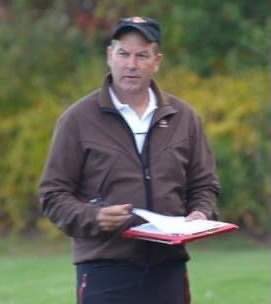 I have started training with a boxer in SchH back in 1988.

I formed the working boxer association of America in 1992. Affiliated with AWDF and Atibox in 1992 became full members in AWDF 1992 and Atibox in 1995. This club is now the United States Boxer Association. I have been president multiple times over the years for 16 years now and 3 years as a past president.

I am a delegate to Atibox and AWDF. I have been the North American representative for Atibox.

I have worked as a helper in USCA, DVG (club and regionals), the Rottweiler club(SchH/IPO/ZTP), the Giant Schnauzer Club (SchH Nationals), the Boxer Club Nationals.

I have been a judge for Usabox since 2016. I have judged national event for Usabox. USRC and AWMA Club trials for Usabox, UDC and AWMA.

Professionally I have been a teamster owner operator driving heavy hauling tractor trailers in the northeast USA. Diesel mechanic and equipment operator. Currently I am working in the Ibew local 42 electrical lineman union operating in Connecticut and western Massachusetts.

I have titled 5 dogs in SchH, IPO, IGP from BH to level 3 and FH all boxers. 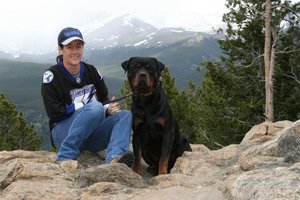 In 1986, I acquired my first Rottweiler. He went to work with me every day, showing me their loyalty, obedience and protective instinct. I purchased that very company I worked for in 1992 and continue to the present day working in the construction industry with Rottweilers by my side. I love animals, but adore dogs. My other interests include farming, firearms and most anything to do with history.

I joined DVG in 1993. Prior to that, I was very involved in AKC showing and obedience. I've held all types of board positions in both working and breed clubs. My clubs have organized many club events, as well as National (breed & IPO) and World Championships.

I have competed at the National and International Level so can appreciate what the handlers have sacrificed and gone through to get to this level.

My trial experience with HOT dogs:

It is an honor and privilege to be selected as the judge for BH/FH-1 and FH-2. I respect your dedication and hard work. I hope you will all enjoy your experience and most of all, the relationship with your dogs.

Good luck to all.